The “Secret War” and Life as a Hmong Immigrant: Thai Vue 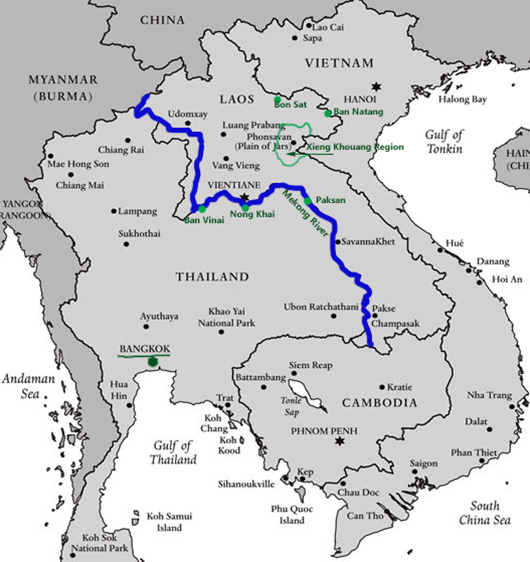 Thai Vue was born around 1953 near the Vietnam border in Laos. He grew up during the Vietnam War era and the American funded “Secret War” in Laos. The Hmong supported the Americans fighting against the communists during the war, but because it was secret, few Americans knew about what the Hmong did. America lost the Vietnam War, and so Thai Vue and the rest of the Hmong population had to go into hiding to avoid being killed by the new government. As a result, thousands of Hmong risked their lives to escape Laos, and many, like Thai Vue, immigrated to the United States.

UWL professor Charles Lee interviewed Vue during the summer of 1994. The interview covers all of Vue’s life until that point. He discusses everything from his childhood in Laos, to hiding from the Communists and escaping to Thailand, to his experiences in America after immigrating in 1978. The recorded interview lasts for over six hours! This finding aid concentrates on the interview’s written transcription and digital version, and covers just the sections that relate to Thai Vue’s life during the war, escaping Laos, the refugee camps, and the cultural differences between America and Laos.

The collection consists of a 160 page typed transcript, several tapes, and a digital audio recording.

Listening to oral histories allows the researcher to become more familiar with the subject. Thai Vue shows a lot of emotion and laughs a lot during the interview, and the transcript does not capture that. He also repeats words or phrases that are important to him, and the transcriber cut a lot of those out. However, listening to the tapes can be difficult since they are frequently recordings of earlier recordings. The tape numbers do not match up with the ones written in the transcript and they can be very fuzzy at times. Tape players are also difficult to use if you are not familiar with them. The digital recording might be easier to use since it is on the computer and allows the user to jump to a specific spot in the interview.

If you decide to listen to the interview, the numbers below will help you locate topics on the digital version. Use the numbers to pick sections for listening – listed below – and quickly jump from subject to subject.

Escape to Laos and the Refugee Camps

Immigration and Cultural Differences between Laos and America